Mature ovine embryo transfer (MOET) is a proven technology where sexually mature ewes, aged 1-7 years, can be given follicle stimulating hormone to support the natural follicular wave and increase the number of oocytes (eggs) released for that cycle. These oocytes are then fertilised in the ewe using fresh or frozen semen via laparascopic insemination. The fertilised embryos are recovered surgically 5-6 days later and can be either transferred into synchronised recipients or chilled or frozen for transfer at a later date. This also allows the opportunity to transport the embryos locally or internationally.

This exciting technology enables increased selection pressure on the elite genetics of your flock. You can very quickly multiply those animals that have been identified as having the ability to increase the productivity and profitability of your flock. If you have a new breed and you believe it fits well into your system than these too can be rapidly multiplied. We at Breedtech have specialised at perfecting this technique over the last 25 years in many different environments, countries and breeds. With careful selection of your ewes and rams there is potential for up to 40% greater genetic gain than using a natural mating program.

The freezing of embryos and semen can be used as a genetic bank for insuring that your genetic line is not lost should a catastrophic outbreak of a disease ever affect your flock, the district or country. This technology has been well utilised by European breeders after the outbreak of Foot and Mouth disease when a lot of farmers had all of their animals destroyed.

Will my sheep be adversely affected by this procedure?

No. When this procedure is carried out by an experienced veterinarian it can be performed multiple times with very little impact on the sheep&rsquo;s fertility.

Will my ewe be able to have a lamb naturally after this procedure?

Yes. There is less risk with this procedure than having a lamb naturally.

How many times can I flush embryos from my ewe in one season?

Is there a difference using fresh or frozen semen in my et program?

Yes. Using fresh semen will on average give you at least 20% more fertilised embryos and generally these embryos are of a higher quality.

What work is involved in ET?

We find the best results are achieved when the donors are run at Breedtech and the recipient ewes are synchronised on the owner&rsquo;s farm. It is a personal preference of the client and we are able to accommodate all combinations of sheep handling.

How many embryos would I expect from my ewes?

The average number of embryos recovered is governed by a number of factors including the age, breed, condition and natural fertility of the donor. At Breedtech we regularly achieve an average of 10 transferrable embryos per flush.

What is the success rate of embryo transfer?

There are many factors that influence the pregnancy rate of embryos transferred. We consistently achieve an average of 70% for fresh embryos and 60% for frozen embryos.

Can I send my embryos overseas?

Yes. We at Breedtech specialise in the export of ovine embryos all over the world.

Go to our online form and send us a message! 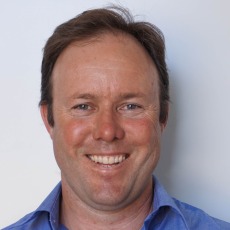